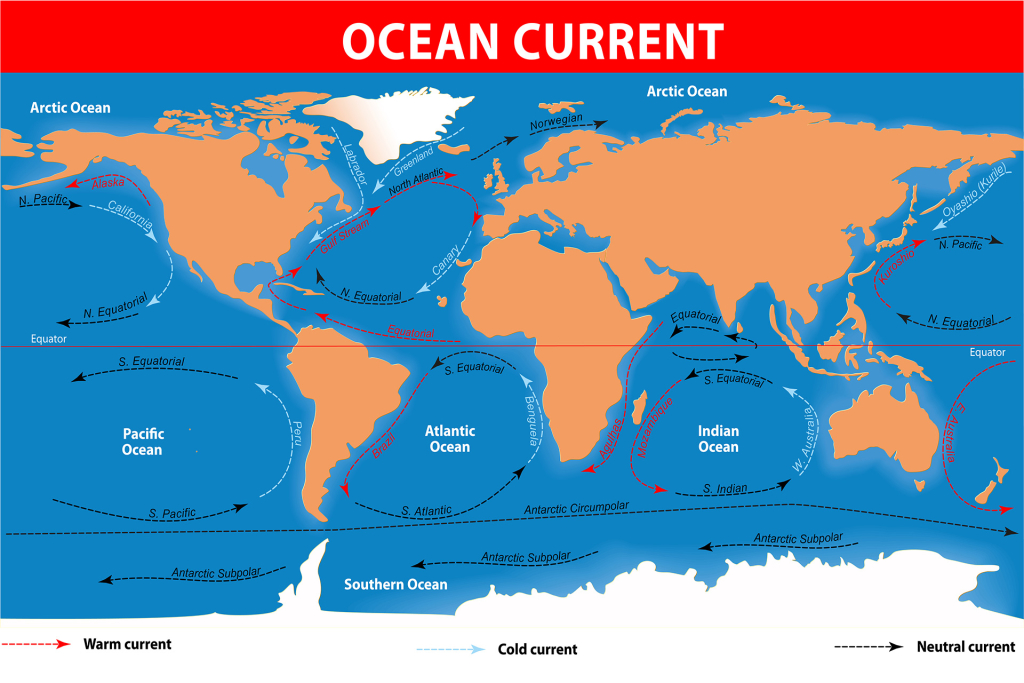 Why do tourists visit the Bahamas? The beauty of the beaches, the turquoise ocean waters, the tropical climate? All of the above. Of course there are luxurious hotels and vacation opportunities to be had, but one of the main attractions is the fishing. Anglers flock from all over this blue planet to fish in the Bahamas because of the abundance of tropical fish that thrive in this oceanic region. It begs the question, how does the Bahamas sustain such an abundant array of fantastic fish for much of the year when climates often change and affect fish populations elsewhere in the world? Well, among many of this region’s providential qualities is its proximity to the path of the Gulf Stream.

The Gulf Stream is a northeasterly flowing current of water that begins in the Caribbean and travels along the United States’ eastern coast until it reaches Northern Europe. Despite seeming like just a simple current, The Gulf Stream is one of the most famous and intensely studied oceanic phenomenon in the world. The Stream carries warm water high in salt from the Caribbean along the coast of the United States and northward, carried by warm Atlantic winds and Caribbean trade winds. The Gulf Stream is popularly thought to be fed by the Florida current as well as the North Equatorial Current off of West Africa. All of these collective Atlantic water movements come together into a mass of gorgeous deep blue liquid procession that graces the Caribbean and the Atlantic Coast with not only its beauty, but the advantageous effects it has on wildlife and tourism.

Because the Gulf Stream owes its locational origins to equatorial regions like the Caribbean and West Africa, the water is characteristically warm. This water is carried towards Northern Europe in normally frigid polar areas and provides a source of heat for northern wildlife. This influx of warm salty water also has a significant effect on the Bahamas. The Bahamas lies exceedingly close to the path of the Gulf Stream off the coast of Florida and thus reaps the benefits of this mass oceanic movement. The salt deposits and pockets of warmth provided by the North Equatorial current provide the Bahamas with optimal conditions for schools of tropical fish to thrive year round. Native fish like Dorado love the salt rich environment and collect within the Gulf Stream near its many islands. Fisherman should be wary of the Stream’s path to find the best spots for fishing, as fish will usually search out areas of most warmth. The current also effects the migration of many game fish species, and savvy anglers are aware of the migration patterns and paths for these prizes.